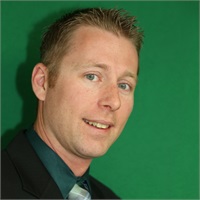 Born and raised in Sacramento CA, Josh received training in the field of Mechatronics. After completing school, he and his family moved to Mammoth Lakes and worked his way up as an Aerial Tramway Technician at Mammoth Mountain. In early 2012 Josh’s former Financial Advisor suggested he enter into the industry and open an office in Bishop, which he has done. After affiliating with Edward Jones, he branched out and became an independent advisor in 2014 starting Eastern Sierra Wealth Management which is now VTI Financial.

As an active member in the community, he has served as Chairperson of Youth Services for the Rotary Club of Bishop. His position provided a very valuable vehicle for leadership training opportunities to the Interact Club at Bishop High, Rotary Youth Leadership Rewards for high school juniors, Rotary Eight Grade Leadership program with an emphasis on ethics and the Rotary Club of Bishop’s Financial Literacy program. These are just a few of the programs that Josh coordinated during his time as Youth Service Chairperson.

Josh and his wife, Edina have been married since April 2010 and have a daughter, Kaylee. Josh and his family enjoy camping, riding motorcycles, hiking, fishing and much more. They are also big fans of MotoGP racing.